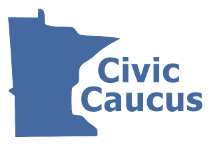 Over the last two years respected governmental and civic leaders repeatedly told
the Civic Caucus that Minnesota's Governor and Legislature have become so sharply polarized that they no longer seem able to reach consensus in critical areas demanding creative solutions. Will they be able to counter that claim and demonstrate they can again exercise the kind of leadership that the state needs?

A test of that leadership might occur early in the 2008 session on natural resources funding, an issue that has vexed interest groups and legislators for a decade or more. How the Governor and Legislature respond will provide a clear indication whether, despite sharp partisan differences, they can overcome gridlock and reach agreement.

Widespread legislative discussion of a possible constitutional amendment indicates they are seriously tempted to take the easy way out and let the voters decide, instead of fulfilling their responsibility as elected officials. That would indicate they are as divided as ever.

Such an outcome is not inevitable. Ample evidence is present that our lawmakers sincerely want to work together and do what is best for the state. On the issue at hand, few, if any, legislators prefer turning to a constitutional amendment, because of the many negative consequences of such an approach. However, they say it is a necessary expedient, given their partisan differences. But it is only necessary if elected officials abdicate their responsibility as elected officials to lead. Such leadership is the primary reason for a Governor and Legislature. Leadership is never easy.

We in the Civic Caucus call on the Governor, majority and minority leaders of the House and Senate, and legislators at-large to exercise the kind of leadership to which citizens of Minnesota are entitled. Pass legislation; don't throw the issue back to the voters in a constitutional amendment.

Statement
The Civic Caucus has consistently opposed the growing tendency of Minnesota
lawmakers to refer controversial issues to voters instead of taking action themselves. In 2006 we opposed, unsuccessfully, a constitutional amendment on transportation. In 2007 we warned that the constitution shouldn't be used for preferential treatment for certain services (outdoors, water and arts) over others.

Many lawmakers who are supporting such action claim they don't necessarily advocate constitutional amendments as a substitute for legislation. However, they claim that it's the only way to make progress in a strongly divided lawmaking environment. In effect, by bypassing legislation, lawmakers are illustrating the extent to which they themselves are burdened by sharp partisan divisions. With so many critical issues facing the state today, our lawmakers need to put gridlock and polarization behind them and move to consensus-building required of leaders.

A constitutional amendment for outdoors, water and arts appears close to passage
as the 2008 session nears. The amendment would increase the state sales tax by
3/8 of a penny, providing about $291 million annually, divided as follows:

33 percent, for an outdoor heritage fund to restore, protect, and
enhance wetlands, prairies, forests, and habitat for fish, game and
wildlife.

33 percent, for a clean water fund to protect, enhance, and restore
water quality in lakes, rivers, and streams and to protect groundwater,

14.25 percent to support parks and trails of regional or statewide
significance.

The amendment would be presented to voters in November 2008. Approval requires a majority of all voters at the polls, whether or not they vote on the question.

Outdoors advocates, among the chief proponents of the amendment, claim that the
Legislature over the last 10 years or more has consistently failed to provide sufficient funds in the normal lawmaking process. Thus, proponents claim, a constitutional amendment is needed. Many proponents also advocate that a separate organization, not the Legislature, allocate the funds collected from the additional tax.

They might claim that an amendment is the only remedy available. Such a claim
might have some validity, provided a good faith effort to enact legislation had
been voted down. True, many natural resource revenue bills have not been approved in years past. But no one has proposed, conducted hearings upon, and voted up or down legislation that would accomplish the objectives of the proposed constitutional amendment.

We recommend that before acting on the constitutional amendment, the Legislature in 2008 pass and submit to the Governor legislation for outdoors-water-arts funding. If the bill becomes law, money can start flowing immediately for outdoors, water, and arts without having to wait for approval of an amendment
(which is not a sure thing).

Passing a bill offers many advantages.

—It avoids further burdening the constitution with matters that
should be handled by legislation.

—It avoids setting precedents that will encourage other interests, such
as education and welfare, to seek constitutional preference.

—It avoids hamstringing future legislatures with constitutional formulas that would be extremely difficult to revoke as circumstances change. Once an amendment is placed the constitution, changes only can be made by a new amendment. Part of the transportation funding dilemma facing the Legislature today is related to a constitutional
amendment adopted more than half- century ago specifying how to apportion state gasoline tax and vehicle license fees.

—It continues to keep the Governor and Legislature in the spotlight and
accountable on revenue and funding policy.

—It gives the Governor and Legislature a chance to demonstrate that they are committed to putting polarization and paralysis behind them and are working in good faith to develop consensus and demonstrate responsible leadership.

If a bill fails, because of a Governor's veto or other reasons, the Legislature still can revisit the matter of an amendment before the conclusion of the 2008
session.

The consequences of an amendment are so far-reaching—and so permanent—that
the Governor and Legislature should never consider this option without making
every effort to accept their responsibility and enacting appropriate legislation instead.

For information about the Civic Caucus, go to www.civiccaucus.org.

The following persons agreed to be listed in support of this above statement:

Comment here on this interview with 2008 and Water Art Outdoors